One thing about being in Lemoore, it makes it harder to get home. It's right at the cusp of being too far to drive and too close to fly. 9 in a half hours makes huge difference in how I schedule thing but when I finally get to the end, it makes it that much sweeter seeing the smiling faces at the end of the journey. In my elder age, I'm not the fly by the wire speeder that I was at 20, now I ponder my moves and am fearful of what tickets can do. When Google maps says something is going to take a certain amount of time to drive, its fairly close to the mark I hit.

We just got back from one of my fly by trips to Arizona, a week isn't much time when you have friends and family scattered across an entire state and considering that I do come by a couple times a year, I don't expect them to drop everything when I'm driving through their town. Never the less, our trip was packed, spent the first couple of days in Chandler staying at my uncle Larry's, he has an apartment at his hanger which he makes available to family such as I when we're in the area and we are really appreciative! 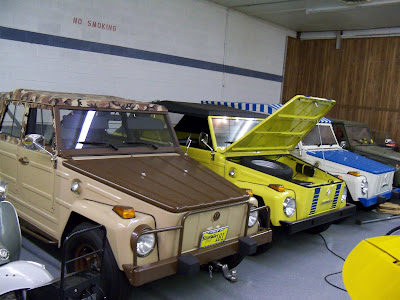 Part of my uncles collection of Things 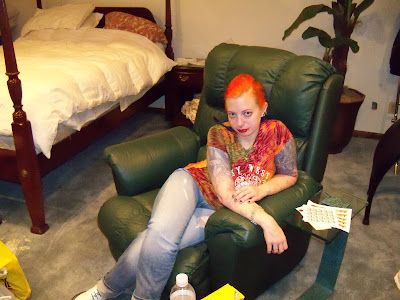 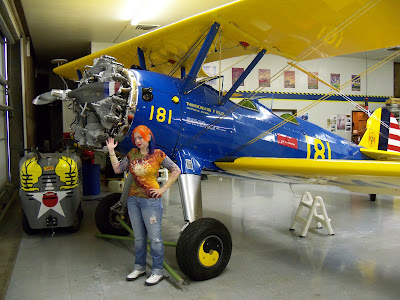 While there, got to see my oldest friend in the world, Leslie and her husband Scott. I met Leslie the summer before 6th grade and she was the coolest person on the block because she had a couple of quads and an empty field besides her house that had a track. We went out to dinner at Buffalo Wild Wings where she met my wife for the first time and seemed delighted with the company. Good people! 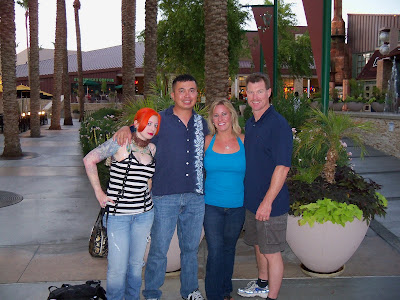 The next couple of days were spent hanging out with the pop, my step mom Diane , Uncle Larry, Aunt Michele and Aunt Mary and Uncle Gordo had just flown in from Australia and there was a good night of tale exchanging. 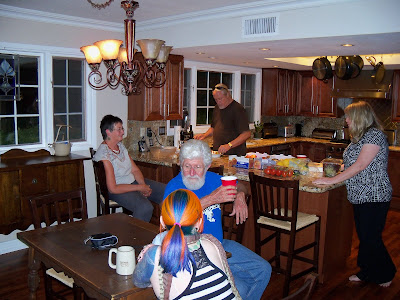 From the left, May, Gordo, Larry, Michele bride at the bottom 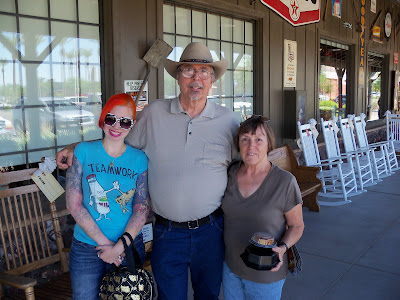 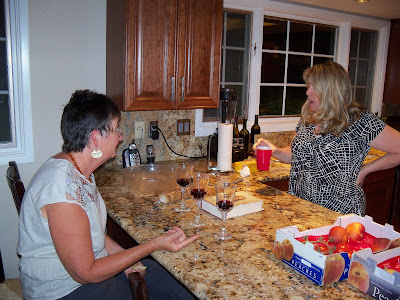 Next Prescott where I got to hang out with my bald but beautiful sister who was in good spirits even with the tough times she's going through.

I spent an afternoon updating her computers and setting up her audible.com account (which is my account and has entirely too much money sunk into it). I went over to my second oldest friend Jason's house and passed on my old 30 gig Zune (I had 4 Zunes but only room for 3 on my account). He's a music freak and had yet to own an MP3 player, me giving him the Zune was my coin tossed into the pool of karma. I couldn't think of anybody who would have got better use out of it then him and I just installed a new battery. Hmm, maybe I need to blog about my love of Luddites sometime soon. 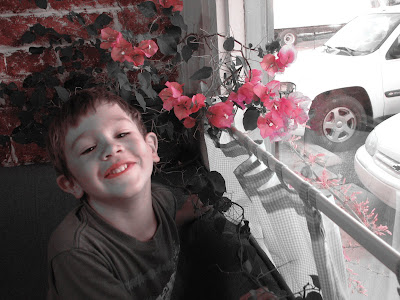 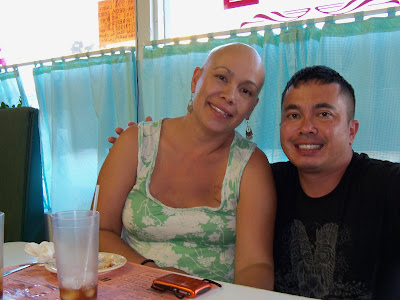 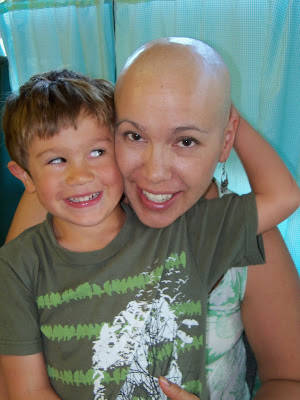 While hanging out with my mom, her neighbor came by with a laptop that was made in 2000 that was new still in it's plastic that he picked up at some auction that he wanted to use to track his different jobs and wanted me to make it do that for him. Hmm, a spreadsheet would probably be albe to do that. Excel was out of the question because it cost money so I figured I would plug it into my sisters high speed internet and update everything and find something free. Alas, I get to my sisters and find the laptop only had a phone line. So I went online with my computer, found a great free spreadsheep program called Gnumeric, read the directions and used a little bit of computer savvy and downloaded the program to a disk and installed it on the dinosaur and placed a different file with the names for each month of the year on the desktop, it would track the job, with names, supplies, add the money and miles traveled at the end of the month and his accountant should be happy.
Sunday, I introduced my favorite city girl to some light climbing at the Dells with Larry and Jennifer. At first it was a little spotty, it's hard to introduce someone who's walked of flat ground 99.9 percent of their life to clambering over rocks, by the time we left, she was getting her footing. Both of us being not used to that sort of exercise felt it the next day. 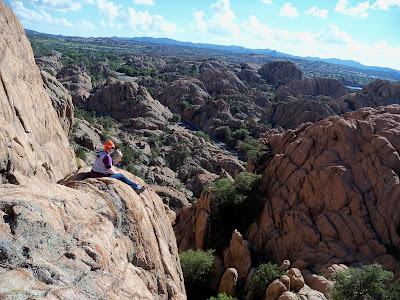 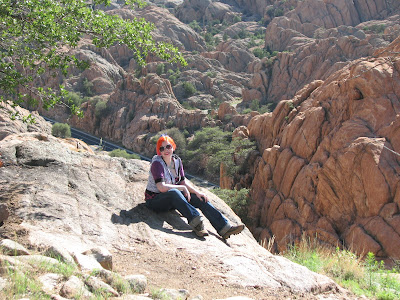 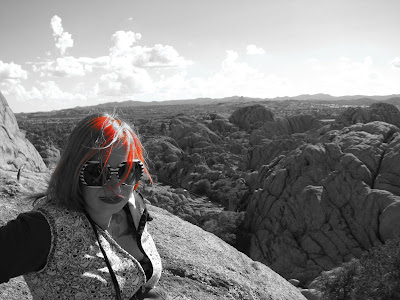 The above picture was taken using the Canon setting Color Accent 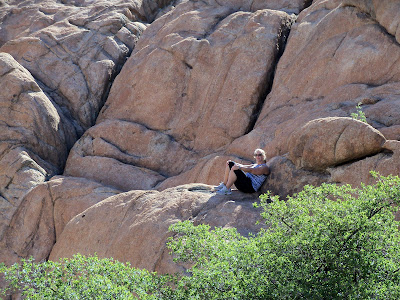 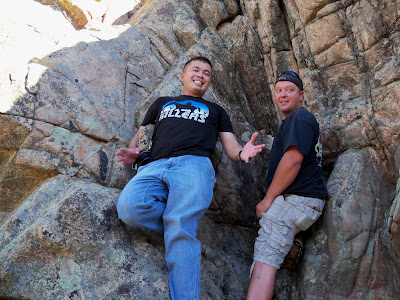 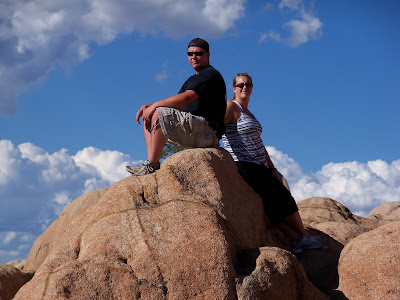 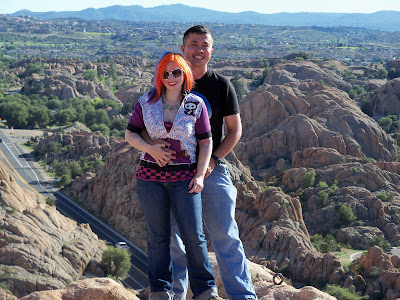 Finally back to work on Tuesday, it's hard to cram all of the people that I wanted to see in just a week. Hopefully next time I can get a little more time out there.
Posted by Unknown at Thursday, August 12, 2010 No comments: