My department does the flight physicals for the local National Guard folks up in Fresno, as a gesture of good will, they called us on Friday and asked if we would like a ride.  So I gathered the people who were able and up we went, here's a video.  Thanks guys, we had a great time!
Posted by Sean Dustman at Sunday, October 23, 2011 No comments:

My wife is a technophobe who married a cyberpunk geek.  With her treasured AAA membership, every time we drive by one of those stores, she can’t help herself and has to grab a stack of maps which she puts in stashes all over, behind seats, glove compartments and luggage.

Me?  Since GPS and Google maps came out, I like knowing how far I am from my destination and being able to find out what’s interesting around me and with smartphones, everything is connected.  You have a friend on Facebook, with that app and a couple of clicks, you can call them, click on their address and get turn by turn directions to their house or even spookier, to their work, someone else is looking for their contact info, in less than 10 button pushes you can that zipped over to that friend without even typing in a letter (which I did earlier today in less them then I thought possible).  You can find good places to eat, times for movies, balance your check book and be in touch news just about anywhere.

But over the last few months, I’m getting a feeling how thin that cyber spherical is once you leave the highways and the online reviews.  The Brides maps are coming in handy, in fact, we have been buying the expensive maps from the National Parks because we need the detail when we’re out in the middle of nowhere.  Some of the roads we've traveled on, we've gone down and have only passed one or two cars in in a day of travel.  Yet, we’re still noobs out here compared to the folks who hike the John Muir trail.

It is interesting going out to the edge of a map and seeing a road that goes in a mysterious way and finding where it leads.  We’ve had some grand adventures lately using this method and found things that we haven’t been able to find in the internet. 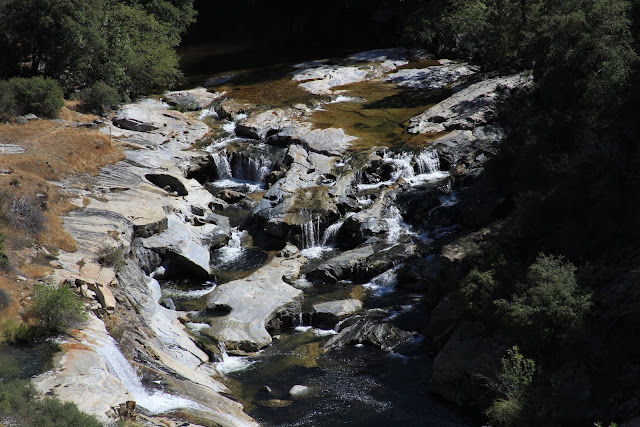 I know we’re not the first people who have been to any of these places but we get the feeling that they’re rarely seen and from what we can tell, the people that see them don’t post them online.  Maybe I’ll show you something new.

Anyhow, here’s a video of our last trip and by the way, have I mentioned that I’ve been selected to transfer to NAS Whidbey Island in the spring?

Posted by Sean Dustman at Wednesday, October 12, 2011 No comments:

Since I'm not the same milblogger that I used to be, let me point you to a rising talent and close friend Nate.  He deployed a couple of weeks ago and started blogging over at Tales from Afghanistan.  He tells a good tale. Keep your head down brother, I'm looking forward to turning up a bunch of cold ones with you.
Posted by Sean Dustman at Tuesday, October 11, 2011 No comments:

If money could have bought a cure…

I’m feeling a bit guilty today, you see, back in 2004 I had 16 thousand or so songs on my 160 gig external hard drive in Iraq and at that time maybe 10 thousand pictures.  Once of my Marine buddies wanted asked to copy some of my music and I said sure.  He plugged it into his Mac laptop and it changed the format of the entire hard drive and I lost everything.  Well, all of the music anyhow, I still had the pictures.

But I was stressed out by Iraq and it made me so angry that I swore to myself, I will never buy a Mac product.  I did get over that angry outburst but when I had a choice between Apple and something else, well I’m a Zune and PC user and use a Creative Zen for Audiobooks.  And I really do love the IPad and since I’m a photographer and video maker, Mac’s do sort of rock.

Steve Jobs changed the face of the world and if anyone seemed more then human, he did.  He has passed away earlier today, but no one can say his life was wasted.  Tonight, I’ll put an Apple product on the wish list.
Posted by Sean Dustman at Wednesday, October 05, 2011 No comments: