This is the story I've seen wondering around friends walls this morning, my sleep addled mind read it and thought, this sort of sucks and I went back to bed....

Yesterday, my 17 year old niece, who attends Lancaster High School, was beaten by a football player, named Kyle, on school grounds, for being gay. After receiving over a dozen blows to her jaw, eye and head, all he received was a 5 day suspension by the Lancaster School District. She suffered from a fractured jaw and multiple concussions to the head and the Deputy Sheriff advised her mother to re-think her wanting to file charges against the football player because her daughter pushed him back. The school ended up documenting "assault" charges on my nieces file, NOT the football players! To make things worse, the Deputy Sheriff on site warned my niece, by saying,"Just so you know, if you file charges against him, I'm taking his side." Oh, and the icing on the cake was when the football player came up to my niece after school and said, "Sorry, but you had it coming!" We're attempting to raise awareness and bring this story to light because Lancaster High School is trying to sweep this "Hate Crime" under the rug! Like if you care and please forward to everyone you know

Then I woke up a bit more and thought, hey, this has all of the hooks of a net myth, must research this more and here’s the link to what Snopes has to say.

The reason that I’m even posting about this is because it’s happening now, not some recycled story.  Here’s the facts, a 14 year old boy was pushed by a 17 year old girl because he complained about another 17 year old girl cutting in line in front of him at lunch, he fought back against the girl who pushed him who he thought was a guy (Justin Bieber haircut?).  The girl got a cut on her lip, they both got suspended should be end of story.  40 witnesses agree with that story.  But someone embellished that story and the story had such a grab that it's passing around the world, causing people to gasp, "that's so wrong!".  No what's wrong is that you believe that story before looking.  In some ways, this is the same as Muslim video that's causing all of the protests in the middle east, do a moment of research before you repost stuff on your wall. This boy’s parents have pulled him out of school, he’s received death threats along with the principle of the school, he didn't belong to the football team but the football team did have someone who's name sounded like his, he's received death threats too.  Dumb asses are protesting outside of the school.

Here are the stories from the AV News, my old stomping grounds when I was stationed at Edwards AFB.  Search around Antelope Valley News, they'll probably keep updating it.  Hope no one gets hurt.

The wife and I are glued to the History Channel as the events of that day are played through from hundreds of different angles and viewpoints and even now, more than a decade later how unreal it seems, we are watching that unfurl on TV.  I’m not going to rehash what I was doing back then, those memories have already seen the light of day and are living in my archives.  I’m going to look at what has happened since then.  At that time I was a mechanic at the low end of the pay scale, single, struggling and then, in the space of a smoky morning, I had direction and goals.  On a terrible day, my life took a turn for the better, I found my calling back in skills that I had shelved and in pursuing that new life, I found that I liked taking pictures, writing and eventually, the strange girl of my dream.  Now, 11 years down the road, I’m 2 years out from a retirement, I have friends all over the world.

So instead of mourning this year, which is hard watching what we are watching, I’m going to celebrate and be thankful for what I have now.   My wife, my friends and my family and the fact that we all made it to the other side.   I haven’t forgotten but do believe we’ve punished those who were responsible, chasing them all over the globe and when they poked their head out from under a rock, squashed them like a bug and now the biggest bug is dead.  Now it’s time to heal and close some of those wounds and go back to being the land of the free.  Get back to being healthy and happy, I don’t know about you, I’m a bit weary about being a nation suffering from PTSD and I’m sure winning hearts and minds only lasts for so long.

Crap, this blog post is hard to write while I’m watching people jump out of buildings and people screaming.  Anyway, I’m glad we got the main asshat responsible for this.  I’ll never forget but I was raised by a bunch of forgivers, I have no problem forgiving the dead.
Posted by Sean Dustman at Tuesday, September 11, 2012 3 comments:

My two cents on the book “No Easy Day”

First, you cannot compare it to Wikileaks, that was done by a disgruntled asshat who grabbed as much secret stuff he could and sent gave it to someone to share with the world which probably caused a lot of people to die and he somehow expected not to get into trouble.  If anything, that guy deserves the Darwin Award just for being a dumbass, he purposely wanted to do as much damage as he could.
No Easy Day on the other hand is a story that I bet a fair percentage of the population dreamed about for the last 11 years.  The boogieman was finally caught, I rejoined the military to see this guy taken out and I, for one wouldn’t mind hearing the story.  This is the tallest of tall tales, what we have spent trillions of dollars to accomplish and as me being Joe Public, would like to hear about the end result, unedited and uncut.  Hopefully the truth as told by a highly motivated decorated warrior.
Some secrets are too big to keep and I’m glad this one is getting aired to the world and I’m looking forward to drinking a cold beer while reading about it.  I’m just wondering about who got the reward and if someone did, did we set him up nice.  That story and Roswell, then I’ll be a happy camper.
Posted by Sean Dustman at Monday, September 03, 2012 No comments:

I've settled in here over the last few months and now heading the local physical exam's department and I like it.  They have a good system here where there are lots of checks and balances in doing paperwork which in my line of work is a good thing.  While sometimes a pain because it takes a little longer, I don't mind in the slightest coming from places where the system isn't working and trying to get a system in place. 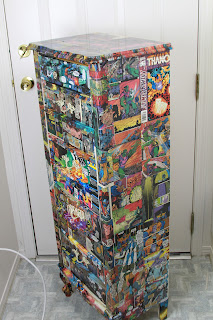 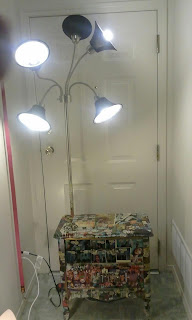 Life is good, love the new house and I'm working with a good bunch of people who don't rub me the wrong way.  Hopefully one of these days, I'll find my muse here but until then you can catch me in smaller blurbs over on Facebook.  Peace.

Posted by Sean Dustman at Sunday, September 02, 2012 No comments: